Attempt to kill a player.

To kill a player:

To kill a player and increase your success chance:

Because neither Jonas nor David are set as killable, David would see:

Because David is not set as killable, Agnes would see:

Because the room is a haven, George would see:

If the attempt succeeds, Matthew would see:

Everyone else would see:

If the attempt fails, Kate would see:

The  kill  command is one of the few MUCK commands with complex situational requirements. Players can only attempt to kill other players. Additionally, one can attempt to gain a kill chance bonus (one currency unit for a one percent bonus) by paying extra currency units as part of the command. Paying an extra one hundred currency units guarantees a kill. Wizards are immune to being killed.

Like in real life, and much like robbing someone, killing someone on the SpinDizzy MUCK shouldn't be done lightly and is frowned upon.

The diagram below illustrates the process for the  kill  command. You may click the image to enlarge it. 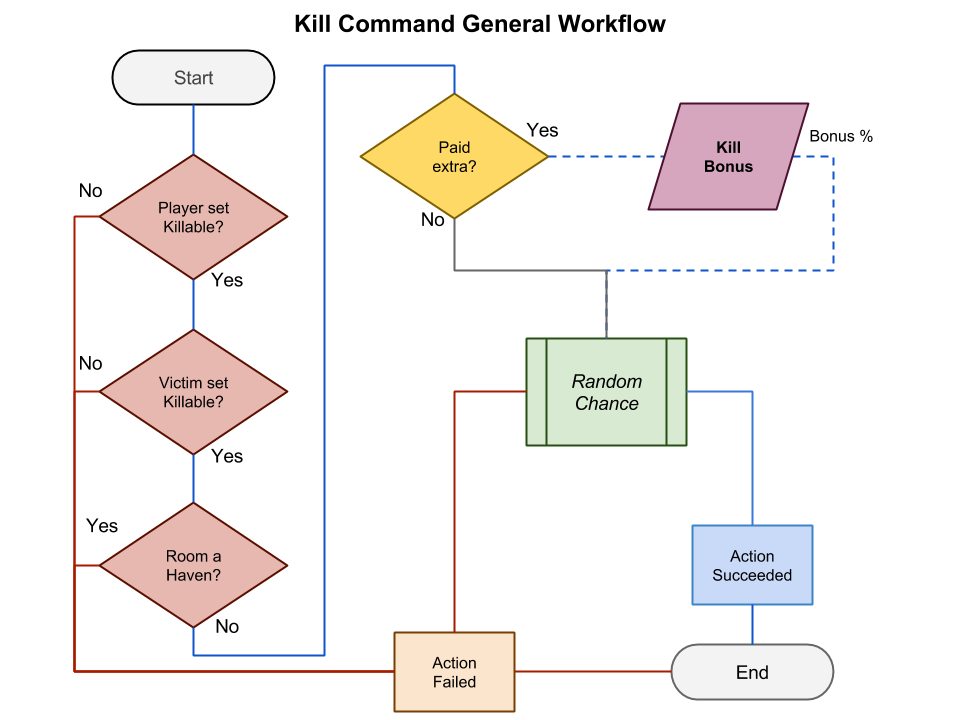 Disclaimer: The characters presented in this command entry are entirely fictional. Any resemblance to characters present on the SpinDizzy MUCK is purely coincidental and unintentional, unlike the other light-hearted entries (and yes, even  rob  was lighter-hearted than this).